We provide great customer service and support our patients most effectively by email or by mobile phone. Once your order is placed, you are ready. There is no extra fee or extra charge for visiting the patient or center where the sample is collected. There is no extra charge for the delivery of your results. Fill out the contact form below and our team will get back to you in a timely manner. For more information, please call our mobile or send to us a SMS text message.

A skilled phlebotomist comes to your home and collects the blood sample. We provide the requested tests, while keeping you in the comfort of your home. This service respects punctuality and patient comfort. Some tests require fasting or avoiding specific foods or drinks beforehand. You will be informed if the test(s) you order require additional measures on your part. Our team will assist you in getting the exact test you are looking for. Please see our pricing table.

Proper gastrointestinal function is essential for the elimination of toxic substances, pathogenic microbes, and many undigested food particles that may cause digestive problems or nutrient deficiencies due to an inadequate absorption of nutrients. We collect random stool samples in fecal specimen collection containers in order to check for the presence or absence of such a medical condition. Three consecutive stools are examined grossly and microscopically.

Disease states cause moderate or extensive tissue damage, depending on the time of onset and severity of the disease. Such conditions may associate with the release of enzymes that are specific to the diseased organ or tissue. We elucidate the complex functions of the human body, by quantitating various vital elements and compounds in blood, that are linked to the cause or contributing factors for disease, and focus on the dynamic aspects of this biochemistry.

Our plan-achromatic lenses align with a pair of selective filters that enable us to view very transparent objects, which are barely visible by ordinary bright-field microscopy. This is achieved optically, without altering the specimen by staining and other processing. Here, two adaptors (the annular diaphragm and the annular phase plate) produce the several shades of brightness which enhance the image for a better viewing. Please refer to BRESSER Science IVM 401.

In an effort to make health care more accessible, we bridge the gap between clinical chemistry and medical practice, and play a pivotal role in alleviating those high expenses which are routinely coupled to medical tests. We use cutting edge technology, that is at the most recent stage in the development — incorporating the newest and most adapted features to run blood tests intended for early screening, early intervention, or pre-emptive treatment. Ref BIOBASE.

We do not wait for patients. We bring the service to patients. We go to the patients to validate, extend, and maintain trust. We make it possible for people to order tests while at their homes. We are a convenient option for patients who value confidentiality while getting the answers to a medical question or for people who want to avoid unnecessary queue, and consultation fee that is charged on them by physicians who prescribe such tests, as a routine medical screening procedure.

Our pricing table's online ordering function permits the physician, nurse, health care provider and patient to customize diagnostic tests to fit their individual needs. We use high-end cloud hosting, for data storage while considering your individual needs. All data you submit is secured with the highest standards required. You can create your own panel that comprise the tests that you commonly order together, and fully benefit from the same testing option at an affordable price.

Your results will be available and sent to you, within 1 to 2 business days, depending on the test(s) ordered. A certified health specialist would walk you through your results and provide clarification if needed. We go the extra mile by providing external links to medical literature, e.g., symptoms, diagnosis, risk factors, and prevention while sharing successful partnerships with medical doctors, nurses, pharmacists, private clinics, medical practices and local health centers.

Cholesterol is carried through the bloodstream by carriers made up of fat and proteins called Lipoproteins.

High levels of LDL-cholesterol can clog arteries in a medical condition called atherosclerosis, and increase the risk for cardiovascular diseases such as heart attack and stroke.

HDL acts as a scavenger that cleans out potentially bad cholesterol from the arteries, hence a reasonably high level of HDL-cholesterol may prevent a heart attack and a stroke.

An imbalance of electrolytes such as potassium and sodium can give rise to cardiovascular disorders caused by abnormal heart contractions which may increase a person's risk of having a heart attack.

Damaged liver cells release the enzyme ALT into the bloodstream, hence the amount of ALT in serum may be helpful in the early detection of liver disease.

A significant increase in the serum levels of the liver enzymes ALP, AST, ALT, and GGT are associated to a host of medical conditions.

High levels of LDH point to acute or chronic cell damage, organ or tissue damage, and this enzyme is also a valuable prognostic marker in lymphoma, leukaemia, and colon cancer.

High levels of Uric acid are seen most frequently in those with a predisposition to inflammatory arthritis or gout.

Creatinine is a waste product from the breakdown of creatine phosphate found in muscle tissue.

High levels of Creatinine are seen in those with muscular disorders, kidney failure, and occasionally pregnancy-related complications.

Blood glucose levels vary widely and test readings strongly depend on the time the blood sample was drawn, and if it is a fasting or non-fasting individual.

C-reactive protein (CRP) is a marker of inflammation, that can be caused by a wide variety of medical conditions ranging from infection to cancer, and there is a correlation between high CRP levels and an increased likelihood for heart attack or stroke.

Streptolysin O is a toxic enzyme that is produced by group A Streptococcus bacteria, and an untreated infection can lead to post-streptococcal complications like bacterial endocarditis, glomerulonephritis and rheumatic fever.

Glucose-6-phosphate dehydrogenase (G6PD) protects red blood cells from potentially harmful by-products that accumulate due to the use of certain medications, when the body fights infection.

G6PD deficiency hemolytic anemia is an inherited disorder that is common in men of African descent, and it is most often triggered by certain medications, i.e., quinine, aspirin, nonsteroidal anti-inflammatory drugs, quinidine, sulfa drugs, or antibiotics such as quinolones, and nitrofurantoin.

Blood is drawn directly from a vein into an evacuated sterile collection tube where it is allowed to clot at r.t.p for at least 30 minutes, but not longer than 1 hour prior to the collection of fibrinogen free blood plasma.

Serum is separated from coagulated blood by centrifugation at low speed. Micropipettes are utilized to ensure an accurate transfer of the appropriate volumes of serum and reagent into reaction vials.

The Science IVM 401 is the preferred microscope for viewing transparent objects. Our device employs an optical mechanism that converts minute variations in phase, into corresponding intensity changes in the image.

Light is diffracted by transparent objects, i.e., objects with a refractive index that is not much different from that of their surrounding medium. Diffracted beams carry information about the structure of the object.

In the absence of any color contrast resulting from differential absorption, contrast is created from the interference of diffracted and undiffracted light. This interference is enhanced through Phase contrast.

A comprehensive, competitive and efficient service package
for considerable savings over standard prices.

A line of clinical chemistry reagents that are valued worldwide for their
track record of stability, reliability and accuracy.

Our activities draw attention to several tests and predictive indices
which constitute a vital part of the medical record.

We help patients to identify the causes of symptoms and also provide them with the latest information on the possible treatment options, or tips that would help to improve their quality of life.

We perform the blood chemistry analyses geared towards helping physicians make important decisions on the medication(s) or therapy that would most likely cure the patient or not.

We work in close collaboration with health personnel who help patients avoid trial and error by guiding them through how to receive the right dose of the right medicine at the right time.

Our coaching plan keeps the public informed on the kinds of food to consume, or to avoid, and helps to implement those mandatory changes that are needed to attain a remarkable healthy condition.

When coping with illness or a chronic situation, our webpage provides external links that help to educate people on the symptoms that might possibly warrant further attention from a physician.

Our service monitors the speed of the healing process, and through steps as simple as knowledge, empowers patients with the insights that would help in speed up recovery. 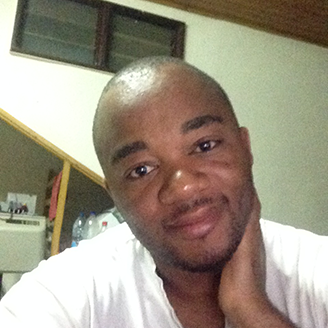 If you need any regular test or a body health check-up package, please send to us your request.